I was awoken on the 29th of November to two missed calls asking if I could cover a plane crash near Medellín. This was followed by four roller coaster days of breaking news coverage for newspapers on both sides of the Atlantic. 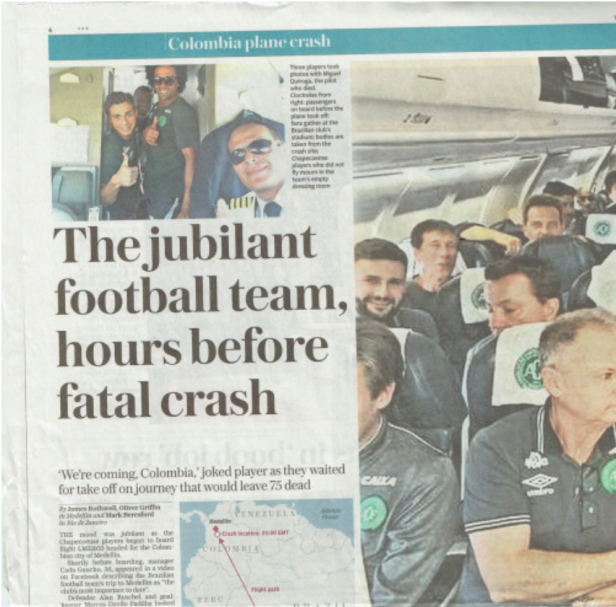